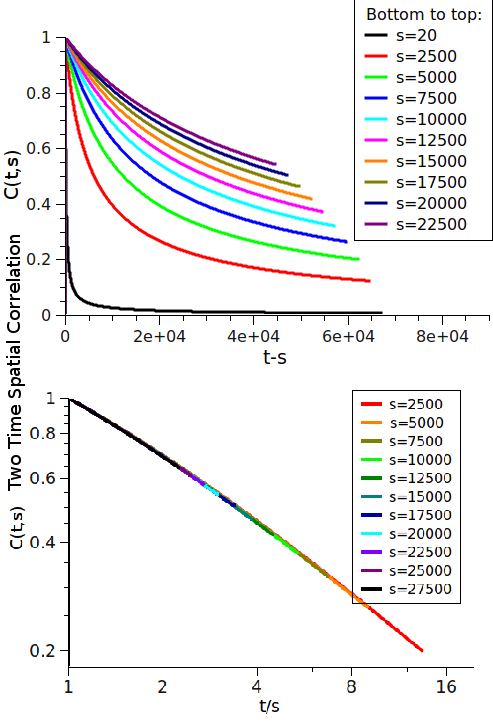 In this project we studied the influence of stochastic fluctuations on structure formation near critical phase transitions. This project was a masters project in Nancy I worked on together with I. Weber.

To study the effect of noise on the relaxation process near a critical phase transition we simulated the Langevin dynamics of a chainlike system. This system was subject to additive and multiplicative white noise driving. In particular, we studied the emergence of spatial correlations. On one hand we found that these have a strong time-dependence, thereby breaking the temporal invariance often found for the process without noise. Furthermore we found a collapse of the two-time correlation functions  that hints at universal behaviour  and started a theoretical description of these phenomena.

The context of this project is to generate an understanding how proteins fold after their transcription in a cell. Correct folding is the basis for a functioning organism, while incorrect folding is at the origin of a variety of diseases. This experimental project was part of my work in the lab of L. Lapidus at Michigan State University. 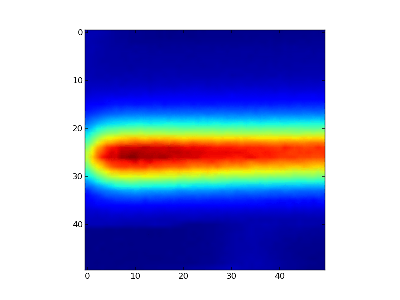 The analysis method in the laboratory was laminar-flow mixing. In our case we pumped an (unfolded) protein-solvent solution through a few channel of few micrometer width. Folding of the proteins was then triggered through mixing with a solvent of different pH or an abrupt temperature change. The progress of the folding was monitored via fluorescent marking amino acids, that are quenched in the folding process.

My work was to establish a reference-curve for the equipment using the headpiece of the Villin-Protein. Unfortunately, this project remained unfinished because i could not complete my data collection in Michigan, such that only preliminary results exist. 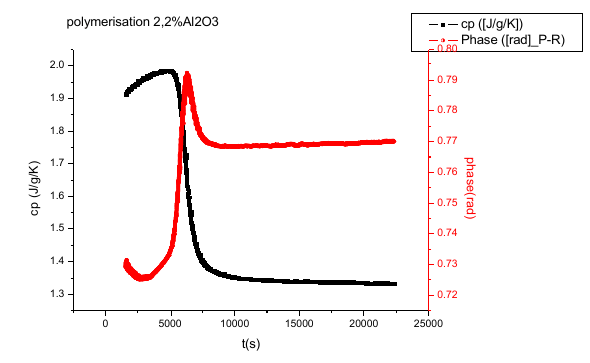 In this short experimental project at the University of Luxembourg we analyzed the change in the glass transition of glue if nano-particles were are added to the unpolymerized product. I worked on this project together with S. Mbapou.

In a series of experiments we added aluminium particles to an epoxy-glue. Afterwards the polymerization was tracked through the change in specific heat of the glue. This was my first experience involving large-scale measuring machines, as we applied Temperature-Modulated Differential Scanning Calorimetry (TMDSC) at very low temperatures with liquid nitrogene cooling. We quantified the effect of the particles on polymerization speed and - to a certain degree - on its energetic properties that give an indication about the stability of a glued connection.